AFGHN-10260, Nuristan, Afghanistan, 1979. CAPTION: Mujahideen Watch a Soviet Convoy. Nuristan, Afghanistan, 1979. Mujahideen fighters watch convoy, 1979″After this photograph was published in The New York Times (in a vertical format), McCurry’s career took off. Its publication identified McCurry as a photographer with inside knowledge and contacts as the conflict between the Soviet Union and Afghan nationals expanded. The image also heralded the photographer’s intense, poetic approach to telling stories with an economy of means, strategically employing composition, light, and space as narrative tools. Here, for instance, the story is more powerfully told without seeing the Russian convoy the Mujahadeen fighters are so intensely observing, leaving the threat of their presence in mist outside the frame. » – Phaidon 55 Mujahideen observe a Russian convoy, Nuristan, Afghanistan, 1979. Pg 16,17, Untold: The Stories Behind the Photographs Magnum Photos, NYC21021, MCS1980002 W00052/00A Steve Mccurry_Book Untold_Book Book_Riotta Biography 2016 final print_Beetles and Huxley Graphic Novel_book Afghanistan_book Bonnie Book FINAL SELECT Fine Art Print MAX PRINT SIZE: 40X60 IG: Flashback: I took this photo in Nuristan Province during the Soviet invasion of Afghanistan in 1979. I was traveling with this group of Mujahideen who stopped on a rocky ledge high in the mountains to watch and track a convoy of soldiers on the road far below below. retouched_Eli Durst, Sonny Fabbri 11/14/2016

CAPTION: Sharbat Gula, Afghan Girl. Peshawar, Pakistan, 1984. MAX PRINT SIZE: 40×60′ Sharbat Gula, at Nasir Bagh refugee camp near Peshawar, Pakistan, 1984 -Untold (pg. 81) National Geographic Magazine, Vol. 167, No. 6, June 1985, Along Afghanistan’s War-torn Frontier. « The green-eyed Afghan girl became a symbol in the late twentieth century of strength in the face of hardship. Her tattered robe and dirt-smudged face have summoned compassion from around the world; and her beauty has been unforgettable. The clear, strong green of her eyes encouraged a bridge between her world and the West. And likely more than any other image, hers has served as an international emblem for the difficult era and a troubled nation. » – Phaidon 55 The iconic image does not stand outside of time. Rather, it connects with the moment in a deeply profound way. Such as images are imbued with meaning, a significance that resonates deeply with a wide and diverse audience. McCurry’s photograph of the Afghan girl is one such image. For many, this beautiful girl dressed in a ragged robe became a worldwide symbol for a nation in a state of collapse. Haunted eyes tell of an Afghan refugee’s fears. — Bannon, Anthony. (2005). Steve McCurry. New York: Phaidon Press Inc., 12. NYC5958, NN11480593, MCS1985002 K035 Afghan Girl: Found National Geographic, April 2002 Phaidon, Iconic Images, final book_iconic, page 33. National Geographic Magazine, Along Afghanistan’s War-torn Frontier, June 1985, Vol. 167, No. 6 Afghan girl, Pakistan, 1984 (Looking East, pg. 28) South Southeast_Book In the Shadow of Mountains_Book Steve Mccurry_Book Looking East_Book Iconic_Book Untold_book PORTRAITS_APP final print_MACRO final print_Sao Paulo final print_Milan final print_Birmingham Fine Art Print final print_HERMITAGE final print_Zurich final print_Ankara, Michener, Utica Graphic Novel_Book Retouched_ Eli Durst, Sonny Fabbri 03/30/2015

Dal Lake, Srinagar, Kashmir, 1996, KASHMIR-10016. Flower Seller at Dal Lake National Geographic, October 1999, Kashmir: Trapped in Conflict « Each morning for two weeks during his 1996 visit to Lake Dal in Kashmir, McCurry travelled with the flower sellers. He had established a ritual for the morning hours, when the sun was at its best. Shortly after dawn, he would begin the day in the market; then he would ride with the boatmen. He knew these were the places for strong pictures. He also knew he needed to work for his pictures, to look and to wait for the right light and action to come together. And then, that morning, from a boat filled with flowers, he caught the boatman’s hand in the reflected light of the V of the trees on Lake Dal. » – Phaidon 55 Magnum Photos, NYC5901, MCS1999005K017 Phaidon, 55, South Southeast, Iconic Images, final book_iconic, milan frame, final print_poster, iconic photographs A flower seller paddles through Dal Lake’s quiet waters. Few observers expect diplomacy to restore equal serenity to his homeland. Buffeted from within and without by waves of seemingly intractable strife, Kashmir faces a stormy future. Good pictures take time and work. When visiting Lake Dal in 1996, McCurry travelled with the local flower sellers as they journeyed down the river. For two weeks he would ride with the merchants during the morning. On this day the vibrant flowers and boatman, arm raised in mid-paddle, combine with the morning light to create the perfect composition. Flower seller, Dal Lake, Srinigar, Kashmir, 1996. Pg 125. Untold: The Stories Behind the Photographs. Phaidon, Iconic Images, final book_iconic, page 141. South Southeast_Book Steve Mccurry_Book Iconic_Book final print_MACRO final print_Genoa final print_Sao Paulo Untold_book final print_Birmingham Retouched_Eli Durst 11/15/2016

00958_12, Agra, Uttar Pradesh, India, 1983, INDIA-10203. Magnum Photos, NYC5903, MCS1983002 K201 « Trying to tell India’s story in pictures, I spent time in it’s stations, watching the swirl of life each time a train pulls in. People endlessly wait, they camp out in the stations, goods and services are exchanged. Cha-wallahs ply the carriages with their wares. Cows and monkeys forage for food. The entrance halls reverberate as passengers compete for tickets-the clamor of crowds is a constant assault on the senses. I was working an magazine assignment on a train journey across South Asia and by chance was walking down the track from Agra Fort Station. India’s stations are a microcosm of the country beyond. Here in the commotion of travel, you can feel the continuity between past and present. » « This photograph recorded in 1983 the contrast between a mighty technology – the steam locomotive – and the transcendent aesthetic of the Taj Mahal, with its light-reflecting surface. The steam engine, once an important symbol of indian national culture, is now a thing of the past. So in addition to staging a powerful rhetoric, McCurry’s photograph captures a lost moment in culture. Even the tracks near the Taj Mahal have now been removed. The character of McCurry’s work, then, lies in the power of its record and its rhetoric. The photograph of engine set against architectural spender holds fast an idea – a way of thinking about contrast and culture that can be carried forward to other images in other times. » – Phaidon 55 Bannon, Anthony.(2005).New York: Phaidon Press Inc., 7. National Geographic: Paul Theroux. (June 1984). By rail across the Indian subcontinent, National Geographic (165(6)), 696-743.55, final book_iconic final print_milan final print_Genoa final print_Birmingham final print_Sao Paulo final print_MACRO The Imperial Way_book South Southeast_Book India_Book retouched_Sonny Fabbri 01/12/2015 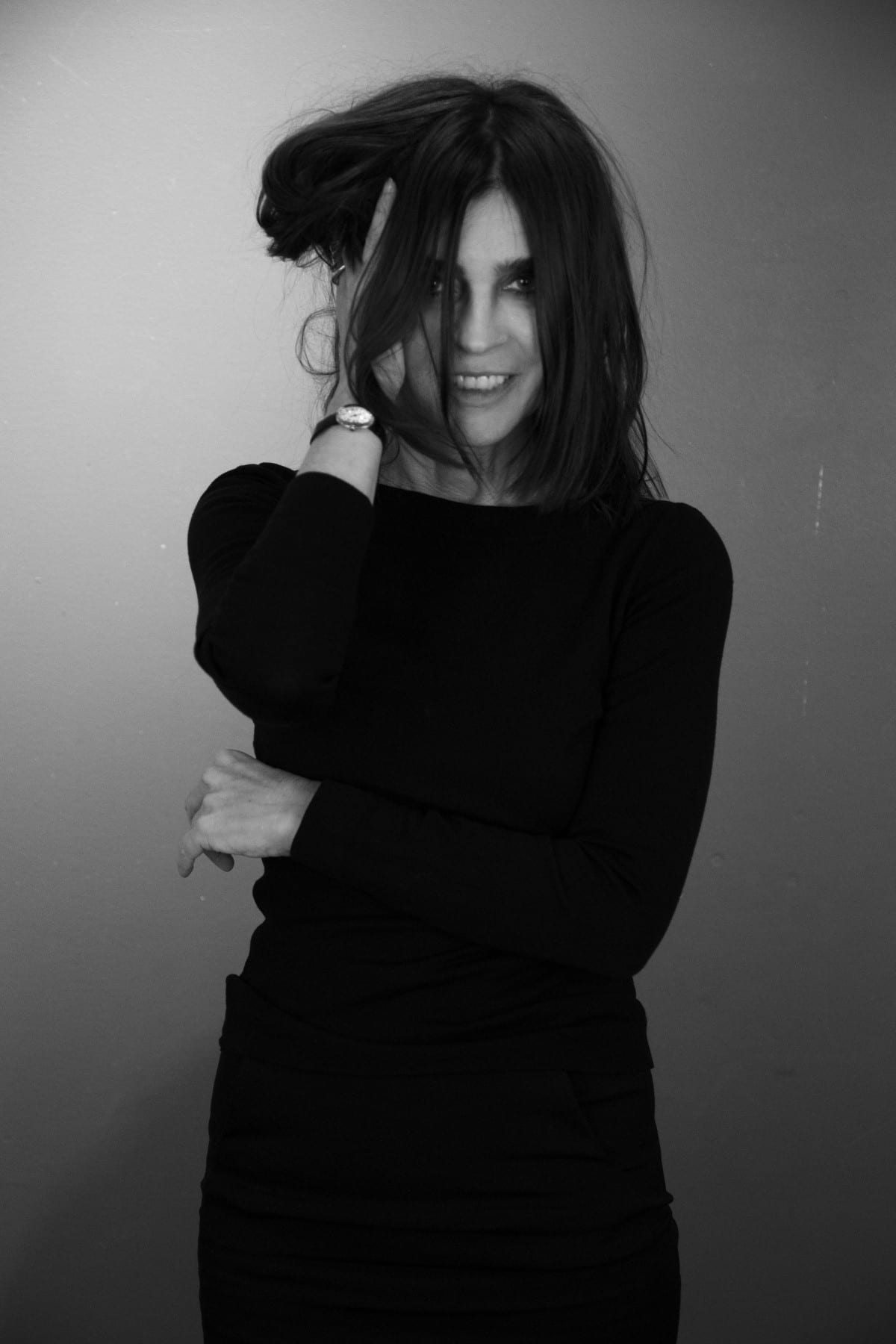 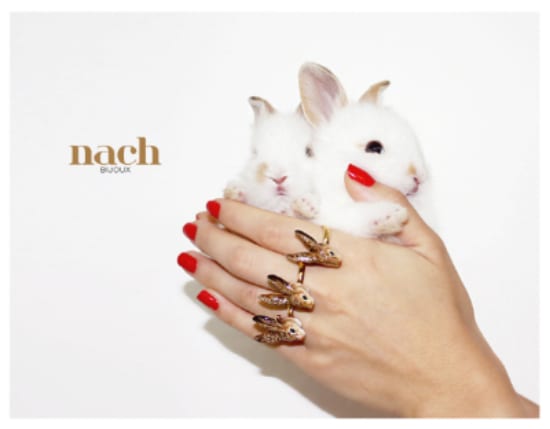 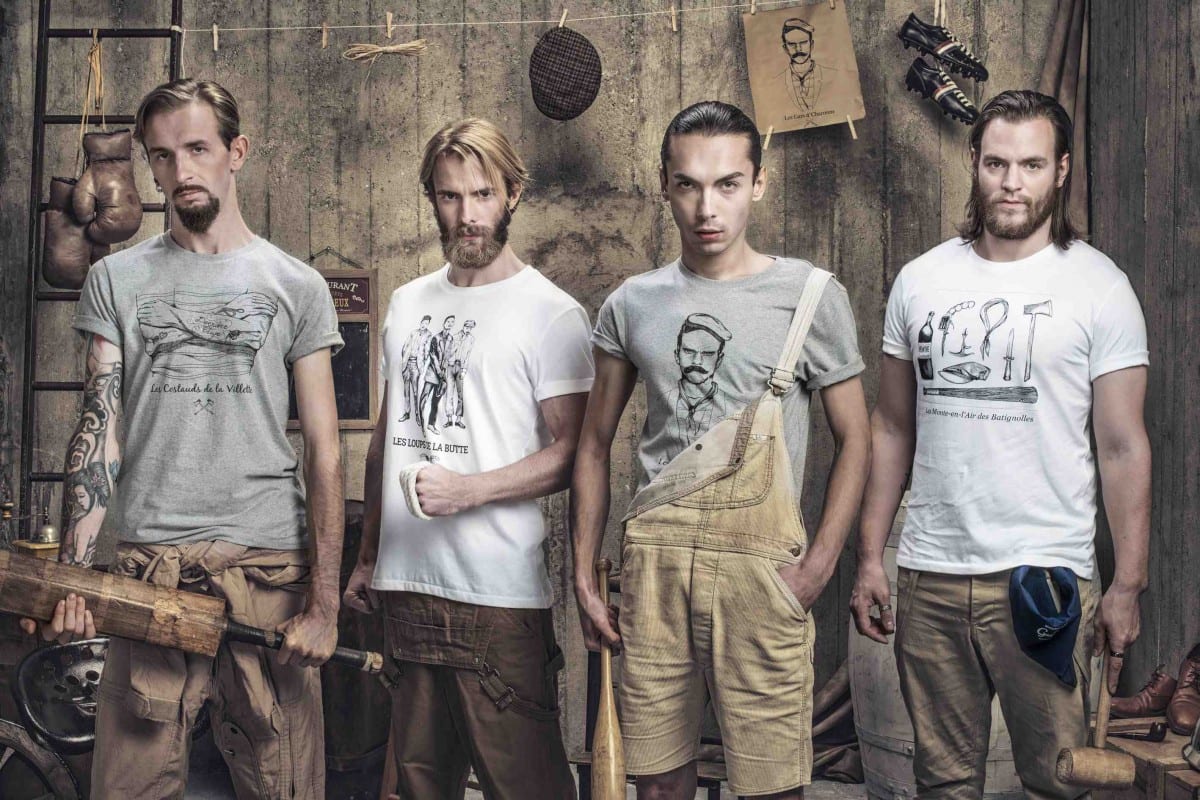 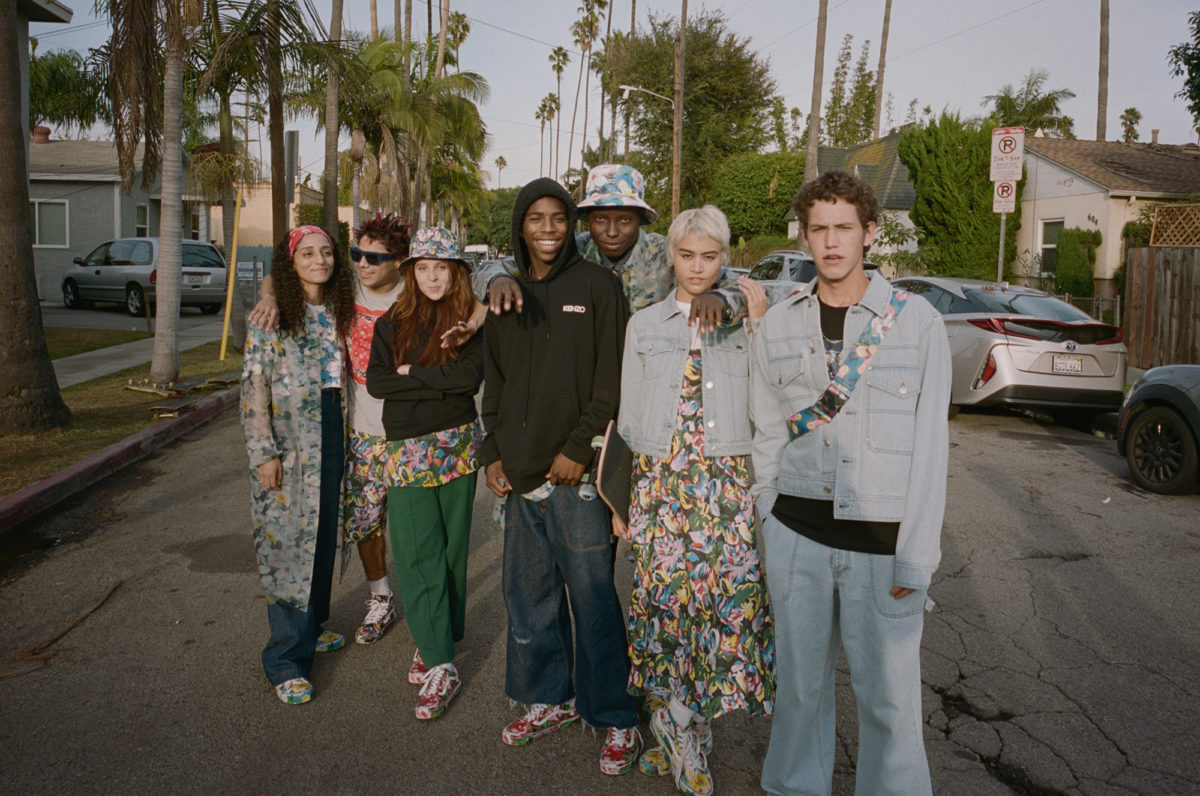 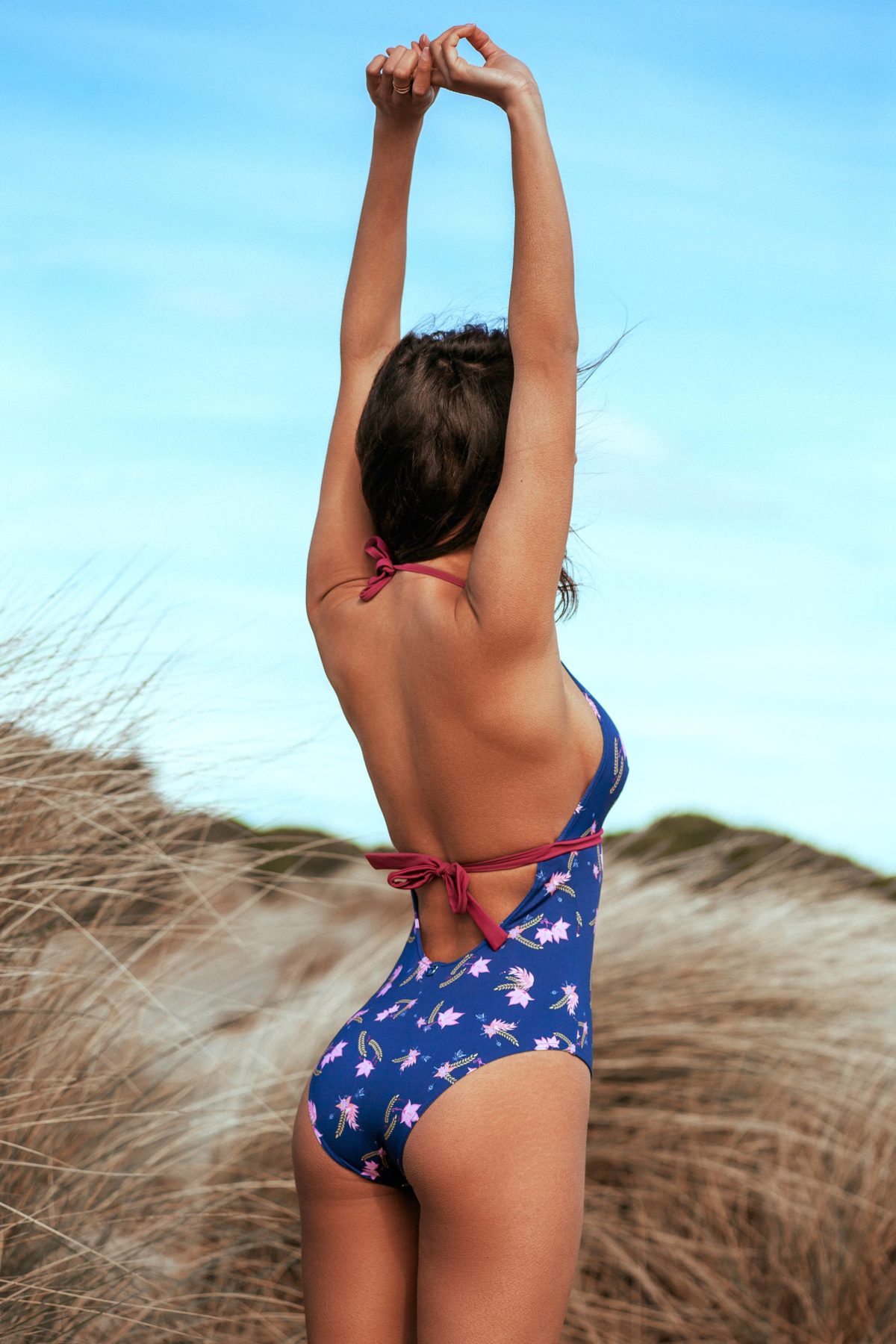 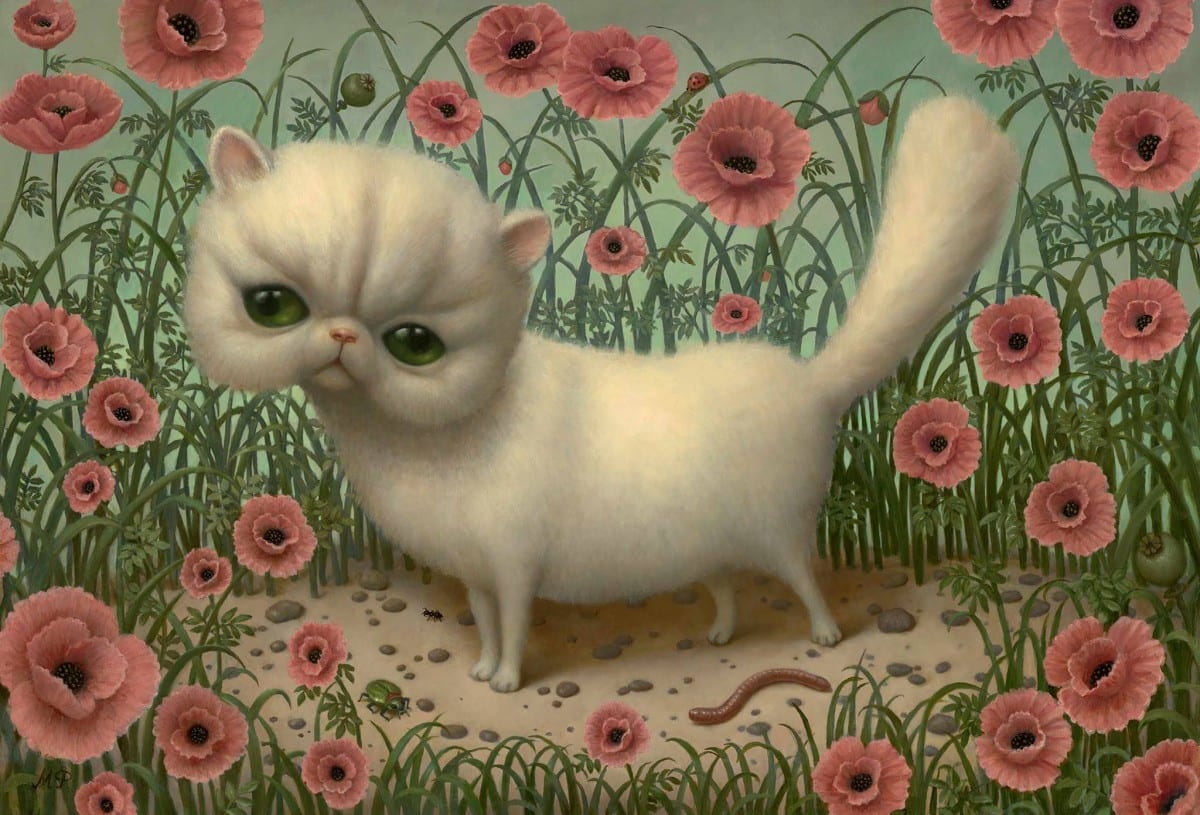 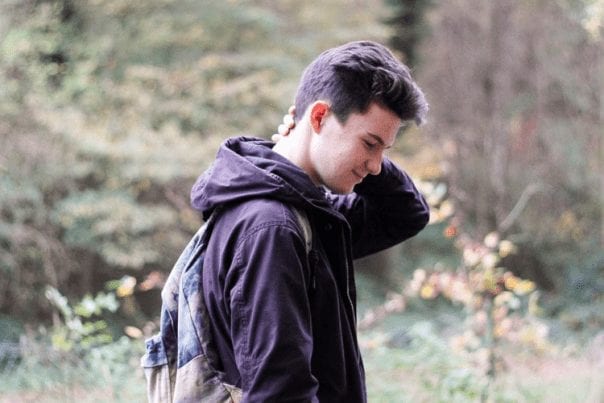